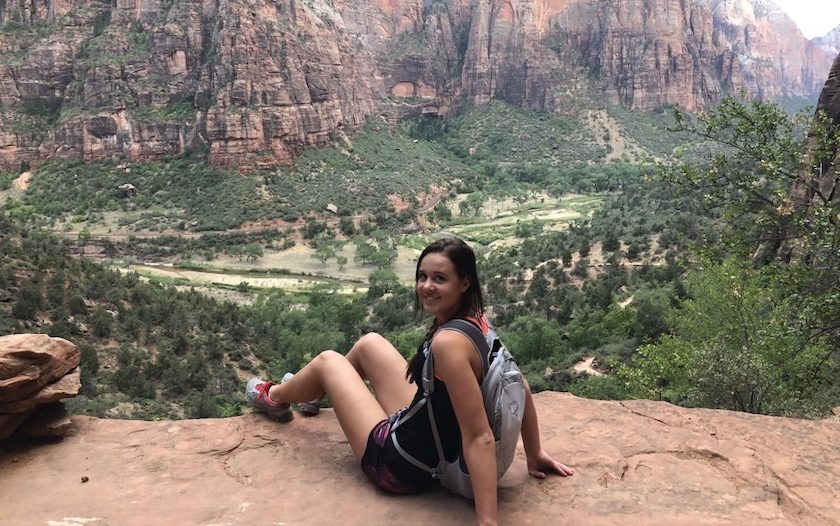 When Bri Gibson joined the Aker Ink team as an account coordinator this past summer, we knew she was the perfect fit. A triathlete originally from Snohomish, Washington and recent journalism school grad, Bri brings commitment, skill and a can-do attitude to her work. At this point, we don’t know what we would do without her.

Get to know Bri a little better with these little-known facts, in her own words:

Yep, just like the characters from the 1975 TV show and 2004 movie. I grew up on three acres in western Washington and didn’t have any siblings, but plenty of animal companions. Beyond the two donkeys, we had two pot-bellied pigs named Penelope and Stella as well as a few trusty German Shepherds. I actually helped raise the first female K9 dog for the Seattle Police Department. It makes sense that I was serious about becoming a veterinarian when I got older; while still in high school, I became a certified veterinarian assistant. Though my life has taken a different route, I still really love animals.

I’ve Been Stung by a Jellyfish

While most of my interactions with animals have been positive, I did have one scary encounter with a jellyfish. My parents and I went on vacation in the Virgin Islands, and I decided to go for a solo swim out in the Atlantic Ocean. At first, it was blissful – but then my hand began to burn. I realized I had been stung by a jellyfish that had caught its tentacles in my watchband. Luckily, it wasn’t a big one and I was able to spray some white vinegar on my wrist and had a quick recovery.

My Favorite Show is Friends

How can you not love this ‘90s classic? I’ve watched rerun after rerun of this show and still find it to be incredibly funny. It just makes you feel good. My favorite character is Phoebe. I love her sense of humor and personality, and her character is one of the most interesting on the show.

There’s a Special Place in My Heart for Mango 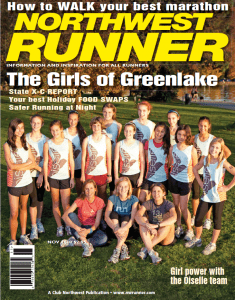 Bri’s running team, Oiselle, was featured on the cover of Northwest Runner.

I’m addicted to mango. Give me fresh, dried, chocolate-covered – you name it. It’s my favorite food. Whether I’m working at home or traveling for a race, I’m likely going to have mango nearby.

For Most of My Life, I’ve Been a Runner

Not only that, my running team growing up, Oiselle (also known as the “Girls of Greenlake”) even got some recognition by being featured on the cover of local magazine Northwest Runner. Our coach was Sally Bergeson, who is the founder and CEO of the women’s athletic brand Oiselle. Bergeson was a big role model for me. I remember she always exuded a positive attitude and pushed all of us to achieve our goals. It was less about getting first place in every race, and more about having fun and the experience we had as a team.