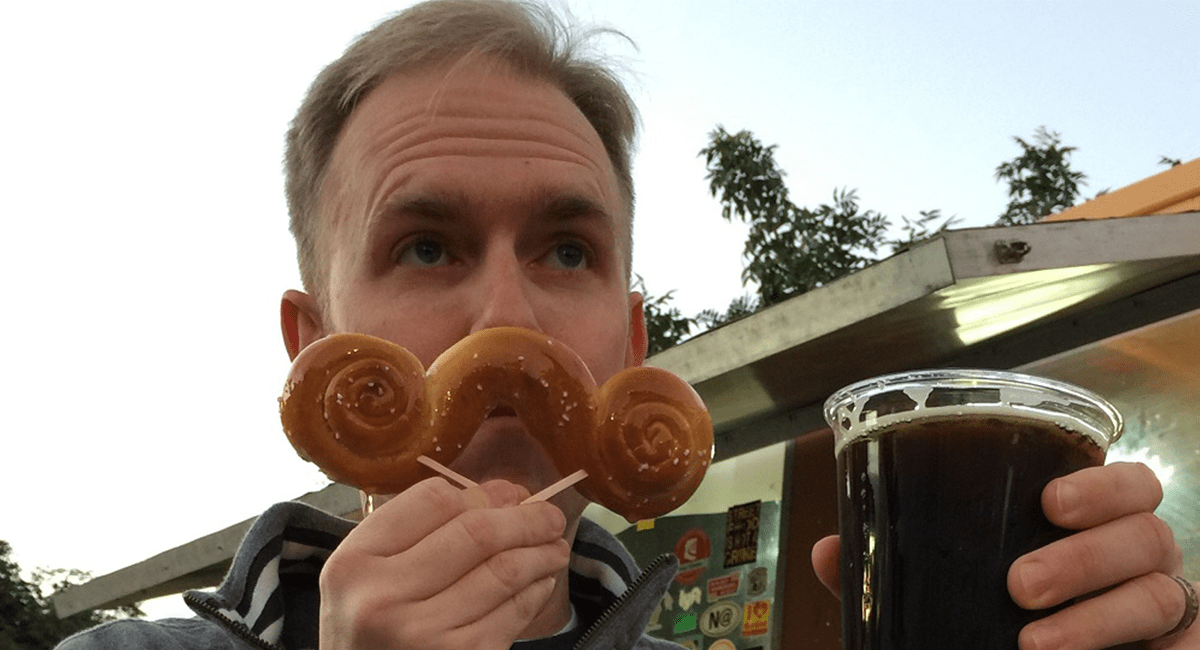 Aker Ink Account Executive Tim Gallen has a strategic mindset and the writing chops to match. As a former journalist, Tim has a  deep understanding of media and what’s newsworthy – certainly an asset when it comes to public relations. Tim delivers unfalteringly high-quality work and is always willing to go the extra mile. He’s an indispensable part of the Aker Ink team.

Get to know the man behind the words a little better:

I Almost Pursued a Career as a Model

My life would look a lot different if I had stuck with this career path. My dad served in the Air Force, and while stationed in Japan between 1991 and 1994, my siblings and I became involved in the modeling industry. It was quite common for Americans and Westerners to make a little extra money that way at the time. I was featured in ads for toys, electronics and other products for newspapers, catalogs and television. No, I don’t know what happened to the money I earned, but chances are, I spent it on video games and comic books.

In My Spare Time, I Like to Produce Films

I produce short films and video projects with my two younger brothers. We have been writing and making our own stuff for several years and have attracted a small following on YouTube thanks to our horror short films. A few years ago, we even raised money through Kickstarter to produce a 20-episode comedy web series.

My Wife and I Are an Online Dating Success Story (Yes, It’s Possible!)

I met my wife, Nicole, on eHarmony. Initially, she didn’t have a profile photo, but I was instantly smitten by her wit and love of her family. She thought I was funny (and still does 14 years later). Though she lived in Indiana at the time, we began dating long distance. After I proposed, she moved to Arizona, and the rest, as they say, is history. Though we often joked about it, we never bothered to apply to be featured in one of eHarmony’s commercials. But it’s not totally off the table.

Disney is a Lifestyle

I’m a big Disney nerd. My wife and I are one-time Disneyland annual passholders, which allowed us to become intimately familiar with the Happiest Place on Earth. When we had passes, we would make monthly weekend jaunts. I’m particularly fond of Space Mountain, Big Thunder Mountain, the Haunted Mansion and Mister Toad’s Wild Ride. But beyond the rides, the best part of going to Disneyland is the food. When our son gets a little older, we hope to purchase new passes and resume our regular visits.

I wrote and published a book in high school as part of a program called the Distinguished Scholar. I wrote it when I was 16, so it’s a terrible book. Don’t read it. More recently, I published a fantasy novel (think “Game of Thrones”) about a new assassin who goes on her first assignment. It’s definitely a better written — and far more adult — story than the one I wrote in high school. I have plenty other stories and interesting characters in mind that take place and live in the same fantasy world. I love the process of playing God in a way — creating something out of nothing and imbuing it with living characters and knowable locales.