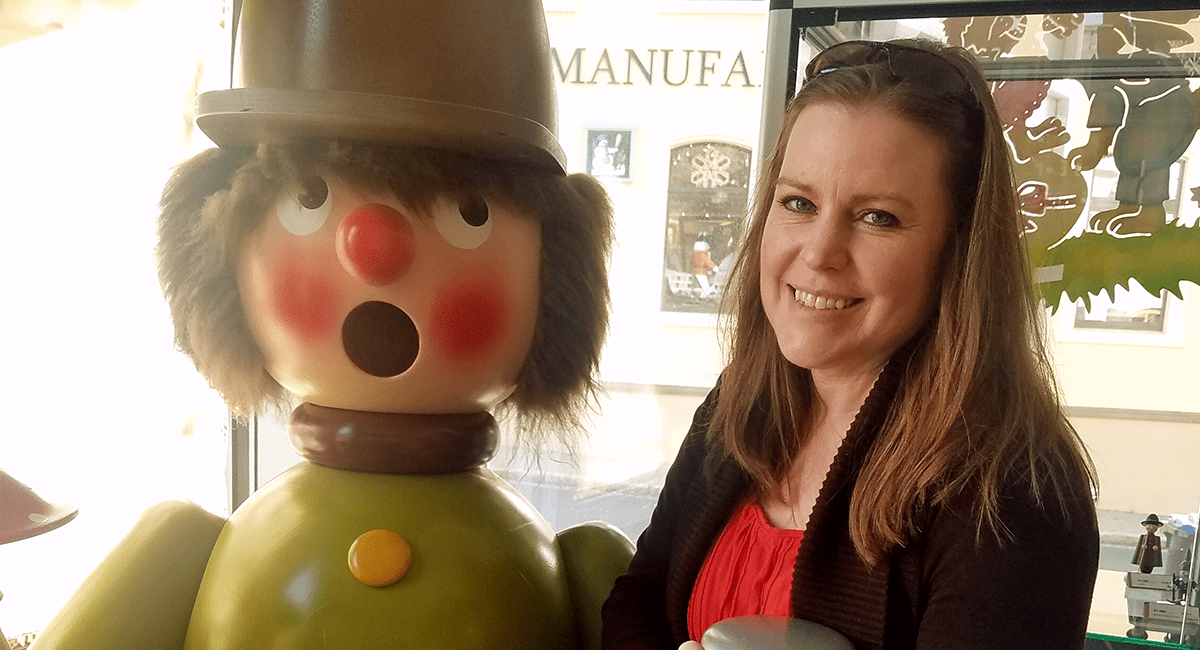 When Valliere joined Aker Ink in February 2020, it was immediately clear she brought a wealth of expertise and serious skill to the team. She has a sharp nose for news and impressive writing abilities – qualities that are matched by her commitment to the team. We’re super grateful to have her on board.

While we knew she’d be successful in her role as Director of PR (obviously), our curiosity got the best of us – what did we not know? Here are 5 little-known facts about the dynamo known as Valliere Jones. Read on:

My Interest in Media Goes Way Back

I was a reporter for 3TV…when I was in 6th grade. Bear Essential News for Kids had a Cub Reporter program and 3TV ran some of the stories the cubs submitted. They chose my story about the influx of people moving to Arizona and sent a crew to my elementary school to record voiceovers and film b-roll, then aired the story on an evening newscast. It was a fun experience that made me want to be the next Connie Chung. Although I later decided public relations was what I really wanted to do, this experience put me on my career path.

Strange Things are Afoot at the Circle K

My favorite movie is Bill and Ted’s Excellent Adventure. I have probably seen it 100 times (no exaggeration) and can quote it backward and forward. You’d better believe I’ll be seeing Bill and Ted Face the Music at midnight when it is scheduled to come out in August 2020. I will probably make a party of it.

I hate condiments. That includes ketchup, mustard, mayonnaise, relish and most salad dressings (especially ones with any of the aforementioned ingredients). BBQ sauce is iffy – if it has mustard or ketchup in it, no go. Fry sauce is an abomination. I don’t even like to do dishes that have remnants of any of that stuff on them. My aversion means I always have to check a burger to make sure it’s untainted and, more often than not, I have to send it back – but the upside is I never get a burger that has been sitting under a lamp for hours.

I Would Love to Go Back to School…Culinary School

While I don’t want to work as a chef (I’m pretty happy in PR), I would love to learn advanced cooking techniques and tricks for fun. I love to cook and learned a lot from watching Food Network and shows like Top Chef. However, I hate baking cookies. I’m the oldest of five and made A LOT of cookies growing up (without a mixer), so I make them maybe once a year – usually at Christmas and that’s it.

I adore live music, but I can’t keep a beat to save my life. That includes audience clap alongs and dancing, but I was an especially horrible junior high band student. I started on the flute and later switched to oboe. Quitting both was one of the happiest days of my life – and probably the last thing I ever quit. I usually accomplish what I set out to do, but I am totally fine with being an utter failure in the music department.