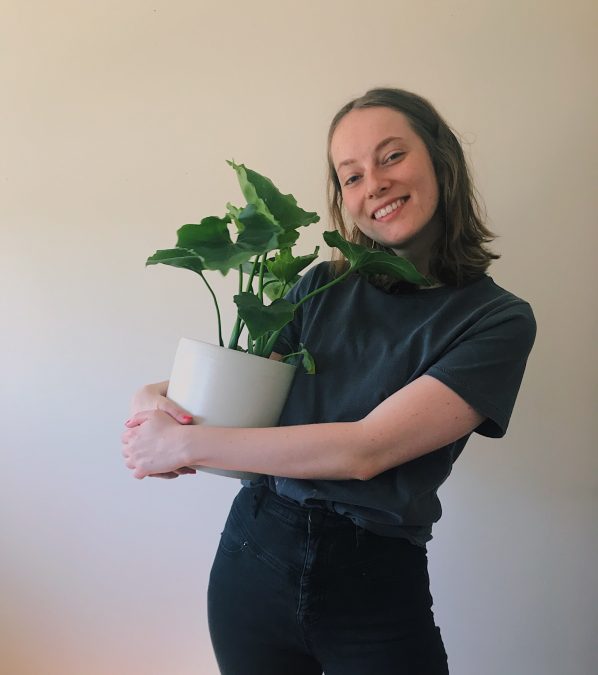 Content Specialist Taylor Renee is Aker Ink’s self-proclaimed word nerd. She develops engaging copy for our clients — whether it’s for a website redesign, a blog or a guest article. After receiving her bachelor’s degree in Journalism and Political Science, Taylor worked as a freelance writer for a few years before joining the Aker Ink team. Originally from Prescott, Ariz., Taylor now resides in Los Angeles, Calif., with her long-time life witness, Jeremy.

Read on to learn about what she eats instead of birthday cake every year, her favorite Danish phrase and her several leafy children.

My Elbows Are Double-Jointed

I’m the first to admit that my elbows are weird and gross. If I could change them I would — but alas, I’ve lived 25 years with joints that hyperextend to an unnatural degree. My elbows horrify yoga instructors. They delight party guests. As a child, I fancied becoming a ballerina. Yet, subpar motor coordination, a complete lack of rhythm and my grotesque elbows really forced me to pursue more sedentary professions. And that’s how I became a writer. There’s always a silver lining.

I can also pick things up that are behind me without rotating my shoulder — so take that, beauty standards.

I currently nurture an array of houseplants that are slowly taking over my apartment. It started with a variegated pothos that somehow survived my college dorm and traveling with me across the southwest. It happily soaks up the coastal humidity in Los Angeles now, its vines reaching across 8+ feet. Another highlight in my collection is a recently acquired monstera plant that has grown rapidly — I enjoy imagining it as my very large, docile baby.

The best part is, they do well with sunshine, water and a little Claude Debussy from time-to-time. No changing diapers or college fund required.

My Favorite Food is Pumpkin Pie

And not any pumpkin pie — my grandmother’s made-from-scratch pumpkin pie. I love this pie so much that I ask for it every year instead of birthday cake. I do have the recipe but for some reason, it never turns out as good as when she makes it.

I Studied Abroad in Aalborg, Denmark

It’s okay if you’ve never heard of Aalborg. I hadn’t either before I decided to study abroad for a semester in college. While other students partied it up in London or read Sartre on the banks of the Seine, I survived a Danish winter with a rickety bike and seasonal affective disorder. I also ate my body’s weight in flødeboller — arguably an accomplishment, since it’s mostly marshmallow.

While Aalborg wasn’t the most exciting destination for study abroad, not many places boast their very own Viking burial ground dating back to 5 AD. And I even picked up some Danish while I was there, such as “Nej, jeg taler ikke flydende Dansk.”

If I Had to Choose an Animal to Be, I’d be a Raccoon

They’re scrappy, they’re smart and they thrive in urban settings. If there’s any animal that’s going to take over the world when humans self-destruct, it’s going to be raccoons. I truly relate to these adaptable city-dwellers.

When I first moved to Los Angeles, there was an enormous — I mean, the size of a well-fed 6-year-old — raccoon who would sit in my apartment’s dumpster. This fellow was completely unfazed by passerby or dogs barking, peaceably munching on whatever vegetal waste he could find. He had a confidence, a certain je ne sais quoi, that I hope to one day achieve.